On July 22, 2022, the Patent Trial and Appeal Board (PTAB) reversed an examiner’s assertion of obviousness in the case of Ex parte Jaeger (Appeal 2021-002641, USSN 15/559,117). The issue in Jaeger was whether the addition of known element to a prior art device was obvious where the combination was not consistent the purpose / operation of the prior art device.

The main claim on appeal in Ex parte Jaeger recited, with underlined portions having been added in prosecution,

In prosecution, after certain novelty rejections, the final clause was added to claim 1.  This resulted in a reject over the applicant’s own reference, US 2012/0009588 A1 (Rajagopal), combined with US 5,807,312 (Dzwonkiewicz) and a tertiary reference dispatched as cumulative prior to the appeal.  On appeal, the examiner argued that the above claim was obvious over Rajagopal and Dzwonkiewicz, alleging that Rajagopal described all features, but for the adaptor in the last two clauses of the claim. 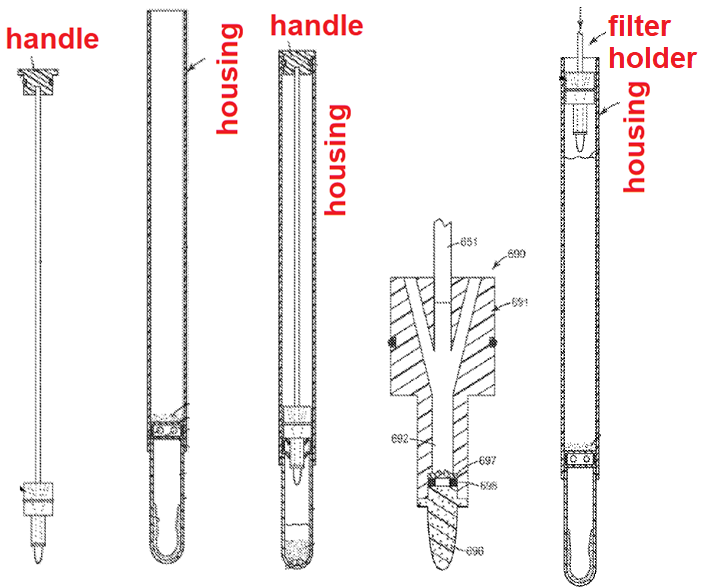 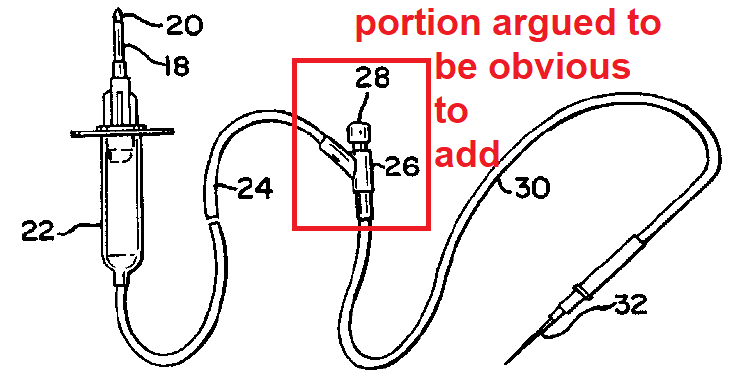 The examiner argued that Dzwonkiewicz remedied Rajagopal’s lack of an “adaptor attached to the filter holder, the adaptor defining an aperture.” The examiner argued that Dzwonkiewicz’s adaptor would have be obvious to use in Rajagopal’s holder (1) to allow adding further reagents to a liquid sample in Rajagopal’s holder to enhance the detection of live cells; and (2) that as more concentration agent added, less incubation time is needed to capture the same amount of microorganisms.

The applicant provided the following images to exemplify the claimed arrangement, with element 108 being the relevant “adaptor.” 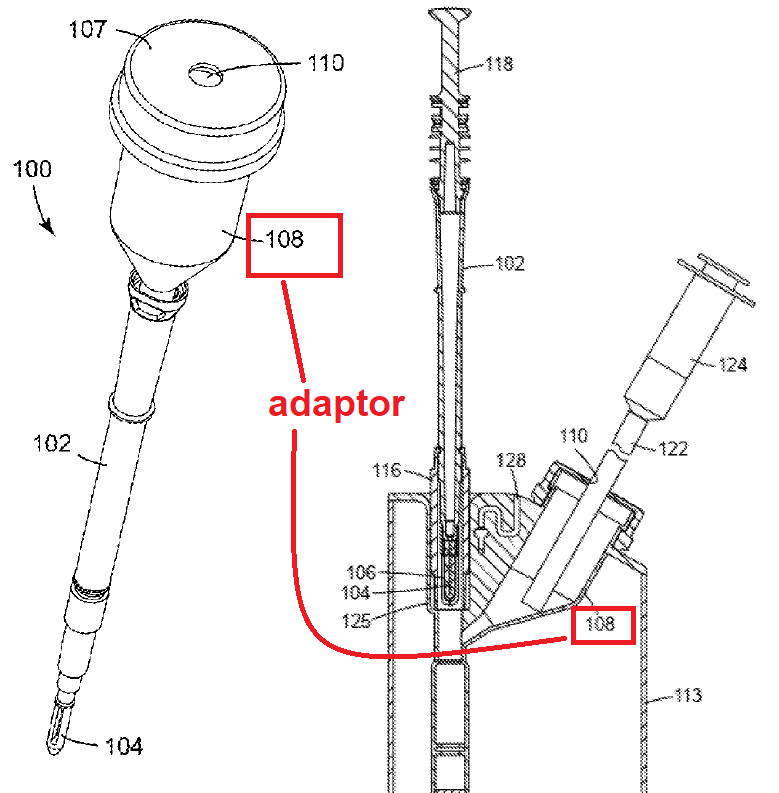 The applicant argued that

The applicant conceded that what a device does or how it is to be used may not differentiate a device recited in a claim being examined.  However, the applicant argued that the mode of operation and intended use of a primary prior art device is highly relevant to the determination of whether or not there would have been any reason to modify that device.  Appeal Brief, p. 16, ¶ 2.  The applicant argued that simply because an element was capable meeting a claim limitation does not support a finding of obviousness, citing In re Kahn, 431 F.3d 977, 988 (Fed. Cir. 2006) and KSR.

The applicant insisted that there would have been no particular reason to attach a filter holder in the distal location claimed, nor to increase the complexity, in Rajagopal’s device at least due to Rajagopal’s need for a simple, reliable test for detecting live cells, with the solution to that need being a device with reagents in conveniently available receptacles in Rajagopal’s device.  Appeal Brief, p. 16, ¶ 4, and p. 17, ¶ 2.  The applicant pointed out that some embodiments in Rajagopal would have to change their mode of operation to function with the proposed modification to meet the claims.  The applicant summarized that the proposed modification

In siding with the applicant, the PTAB quoted KSR Int’l Co. v. Teleflex Inc., 550 U.S. 398 (2007), stating that “a patent composed of several elements is not proved obvious merely by demonstrating that each of its elements was, independently, known in the prior art.”  KSR 550 U.S. at 418.  The PTAB took the position that the examiner failed to explain why a person of ordinary skill in the art would have added “more concentration agent at a later point in time through what appears to be a complicated and unnecessary modification of Rajagopal’s device, rather than simply add more concentration agent to Rajagopal’s device at the starting point.”  The PTAB compared this approach to “[a]t best, … say[ing] no more than that a skilled artisan, once presented with the two references, would have understood that they could  be combined.  USSN 15/559,117, Dec. on Appeal of July 22, 2022, p. 5, ¶ 4.

The PTAB, citing to Belden Inc. v. Berk-Tek LLC, 805 F.3d 1064, 1073 (Fed. Cir. 2015), restated that such an approach is insufficient to establish obviousness, because it does not imply a motivation to pick out two references and combine them to arrive at the claimed invention.  The Jaeger decision reminds us that while the intended use may not distinguish a device for which a patent is sought, an obviousness rejection adding an element to a prior art device must not negate the intended use, purpose, or mode of operation of a prior art device.

Written Description is Not Always Your Friend